Mac is one of the guys working on our floors. He and his colleagues Maury and Brian are a fierce trio - fiercely dysfunctional, and fiercely devoted to their work. They are really good at what they do. (see kitchen floor) 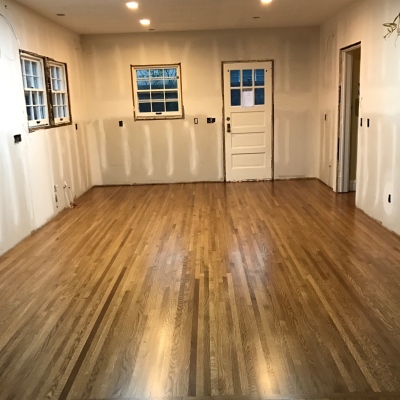 Pretty much once a day there will be a huge kerfuffle between Maury and Brian. Brian is an artist. He's sensitive. He takes great pride in his skills and doing things the right way. But Maury is the boss. Often they will clash and come to words. They'll be saying the same thing but Brian will perceive Maury's stance as a take down. Maury is loud and abrupt, I think he has no idea how he comes across. Perfectionism? Tone-deafism?

Brian is taking the day off today after yesterday's impasse. Maury just says, "We're like an old married couple. But we've been together for 17 years." 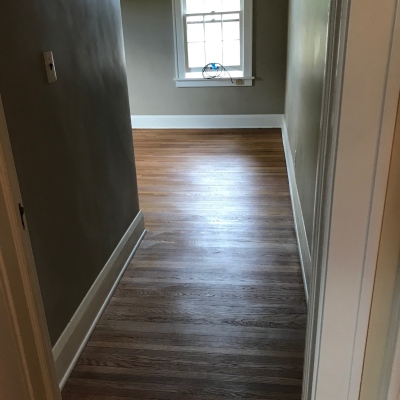 Mac is the peacemaker. This morning he was here first (he's the punctual one of the three). He told me, "Yeah, life's too short for all the drama. I just listen carefully, and do my job. At the end of the day none of this is gonna matter. You can't live unhappy. You just gotta stop with the "awful-ism."

"Yeah, that's what I call it. For instance, my girlfriend is always certain the worst things are going to happen. She just kinda plans on it, and I keep telling her that's no way to live. You can't keep expecting awful-ism. Cause that's when the awful things start coming your way. You got to stay positive. Expect the best of people and things." 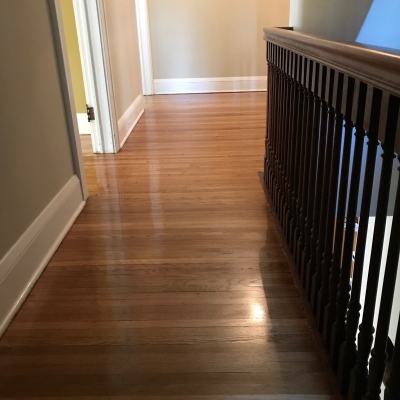 I asked him if he was an Aries - he sounds exactly like my husband: (Pat's favorite advice: "You just can't worry about the mule going blind, you gotta sit in the wagon and hold the line.")

Well, Mac's not only an Aries, he has the same exact birthday as my husband.

So I guess I'm going to try to listen to them both.

I've been "awful-izing" a lot lately. The daily news is enough to send me into an "awful" frenzy. But we've also been living in our house through demolition and the ever evolving crises of re-modelling since we moved in in November. 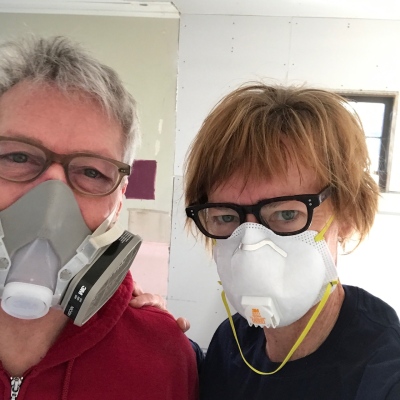 Moving was one awful, but there also hasn't been a "new normal" yet. We're still half in boxes. Most weeks I'm carting stuff from one place to another to get out of the way of the next thing that needs fixing. We answer the pressing plumbing questions of the day, field all the other craftspeople, find the funds to cover the "surprise, oops, now there's this!" costs, 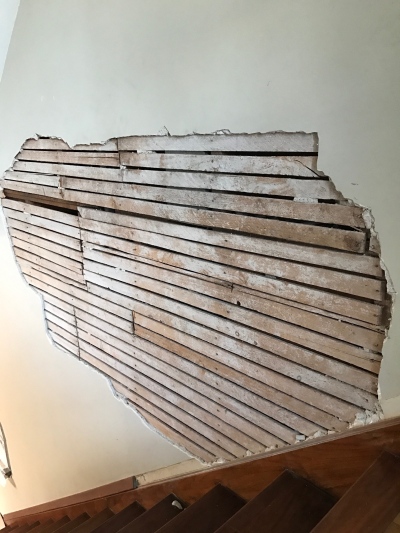 then clean up after each day's layer of toxic dust settles. God bless Advil. 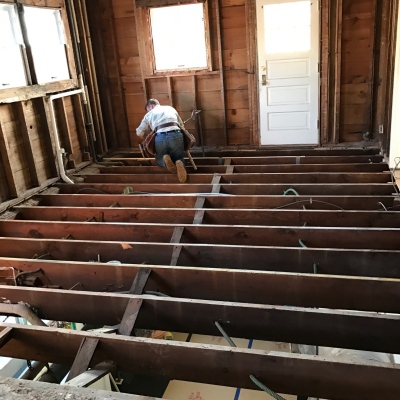 I'm failing miserably at getting a groove going on my work. It's been months since there's been a day with no interruptions. On the weekends we clean and ready for the next round.

But there are joys in surrendering to "this is just how it's going to be right now." I've never loved a place the way I love this one. I am heart, soul, and bank account invested. It is rooting me here in a good way. I will get back to work eventually. But I'm going to just try to leave the "awful-izing" to someone else today. The mule may be blind, but she knows the way home. 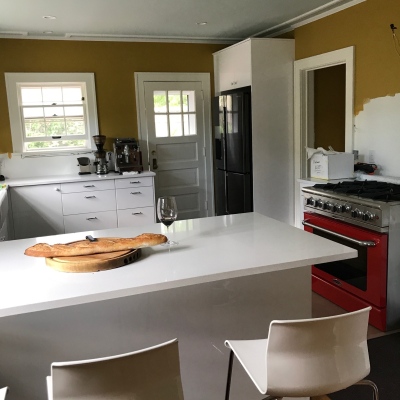