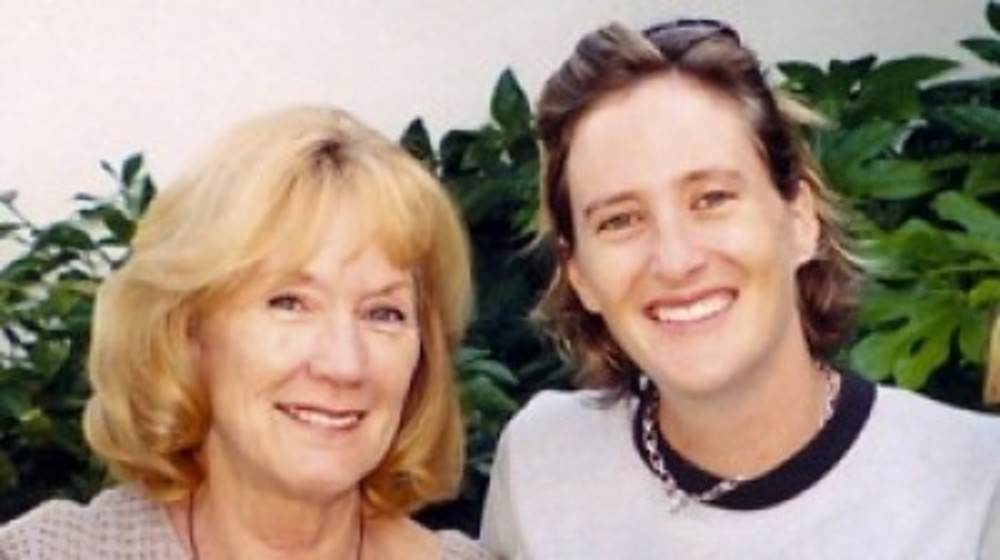 I started saying goodbye to my mother sometime in 2003. She and I have parted ways a thousand times since. None of us, least of all she, can say for sure when she began to lose herself. I only know that she is a new stranger every time we meet again, as much to herself as to me. And at each parting, I know I will never see this particular stranger again.

You could trace her decline, if you looked carefully enough, in her garden. She had always had a fairly green thumb, planting annuals in little precise half-circles along the ivy and in the beds beneath the palms, nurturing massive ficuses on the deck and dozens of azaleas in every spare corner.  But her real gift had always been her roses.

As the disease took an early hold, it manifested in the garden as a profusion of color and life. She spent less and less time away from home, giving up her volunteer work with the American Cancer Society and doing her shopping closer to once a week rather than every day. Then it became more difficult for her to follow the patterns of her sewing projects. As the hobbies and obligations fell away, the garden called. Especially the roses.

Photos from that time show a solid wall of gorgeous pinks and purples and yellows and oranges that made the fence look as if it had frozen in mid-explosion. They were almost absurd they were so prolific. In the house, every room had a vase of fresh buds and smelled divine from March to October.

The photos show the gradual shrinking of those rosebushes too. As her energy began to flag, the time she spent watering and feeding and dead-heading her roses shrank. The roses missed her, visibly. The aphids had their way, severing cellulose connections like synapses snipped by plaque. By last spring, the number of blooms along the fence could be counted on two hands. This year, I dead-headed, fed, and watered those roses a last time, and a mild winter provided one more explosion of color. Mom now lives in a care home with a tireless and patient staff who adore her. Dad is selling the house.

One of the greatest frustrations of Alzheimer’s disease is the burning desire to help, or coach, the sufferer back into “normalcy.” My mother strings together fragments of sentences that never quite take her where she means to go. She’ll begin the motions of a familiar task, and then switch into the motions of another mid-stride. My father struggled to resist scolding Mom when she would empty the dishwasher and put the silverware in the refrigerator. The rest of us couldn’t decide whether to laugh or cry, and then generally did both.

It is the first and biggest hurdle for family, I think, to let go of the instinct to finish sentences, to ask for clarification, to correct mistakes. If I resist, I can carry on long and satisfying conversations with her. I firmly believe that she has a vibrant inner life that mostly makes perfect sense to her, but she has lost the capacity to connect those thoughts with her language centers, and the capacity to make sense of the motivations and actions of others. There is, essentially, a total context chasm between us. I can’t force her back into my world, so I have to venture into hers.

The key, for me, is to listen to her rhythms and intonations, and watch her face and body language. I answer those same questions I’ve heard a thousand times in the past many years —  “So where do you live now?” “What have you been doing for fun?” “How’s your love life? — with freshly embellished answers. I interject in her train of thought with the appropriate nod, or laugh, or raised eyebrow on her cue, and she relaxes into the interchange. We can sit and chat for hours, and actually have a conversation which, if maybe Dadaist on its face, is in fact (I think) deeply reassuring for both of us.

In the end, I think maybe the only gift the disease gives is laying bare the core of it’s host’s true self. This new mom of mine doesn’t get angry; as my father said to me recently, “She’s still the sweetest person I’ve ever met.” She was always that, albeit layered with a good dose of sarcasm and a reasonable temper. Where once we were not a hugging kind of family, my mom now hugs me at least a dozen times a day when we are together. When I walk in the door, she still says “Oh what a lovely surprise,” or “I was hoping it was you,” even though she no longer knows my name. She’ll stroke my knee or my hair as we sit drinking coffee and eating Girl Scout cookies.

On my last visit, I got a “You’re so pretty.” I don’t think I have ever felt more loved by her — or by anyone. I know the next stranger will probably love me even more.